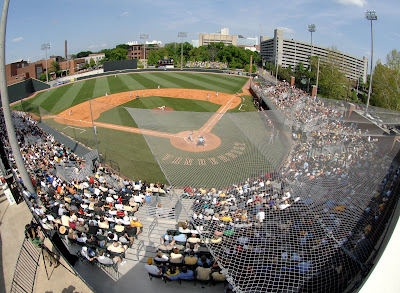 By Travis Young – Three Vanderbilt baseball players have been named to the 2010 SEBaseball.com preseason All-SEC team. Sophomores Aaron Westlake and Sonny Gray were first-team selections while senior Brian Harris was selected to the second team. SEBaseball also picked VU to finish fourth in the SEC East while LSU is tabbed as the overall favorite to win the league outright.

Westlake joins South Carolina’s Jackie Bradley and Ole Miss’ Tim Ferguson as the only three outfielders on the first team. Westlake will look to defend his SEC batting title (.377 ba./avg) from a season ago. The Redding, Calif., native has blossomed into one of the league’s best hitters and has rare combination of hitting for average and power. Westlake belted 10 home runs and drove in 57 runs while leading the league in average.

Gray joins Drew Pomeranz (Ole Miss) and Anthony Renaudo (LSU) as the three starting pitchers selected to the first-team. The Smyrna, Tenn., native went 5-1 with a 4.30 ERA, including five saves in 22 appearances during his freshman campaign. Gray was dominant on the mound for Team USA last summer, going 3-1 with a 0.75 ERA in eight appearances. The sophomore struck out 27 in 24 innings of work while opponents hit only .139 off him.

Harris earned second team preseason plaudits from SEBaseball.com, after being named a first-team All-SEC selection a year ago. The redshirt senior is coming off his best season as a Commodore, where he hit .299 with 65 runs scored and 45 RBI. Harris was named to the SEC All-Defensive team for his stellar play in the field while carrying a .439 on-base percentage at the plate.

Below is SEBaseball.com Projected Order of Finish

* - denotes favorite to win the SEC outright
Posted by Travis Young at 6:16 PM