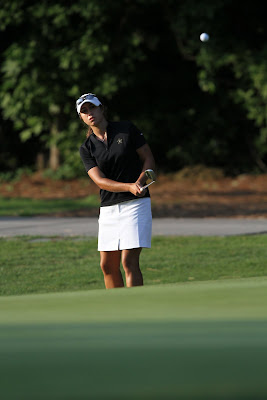 Junior-to-be Marina Alex dropped her quarterfinal match at the 108th North and South Amateur Championship 1-down to Isabelle Lendl, a golfer at the University of Florida.

Alex was two-up after nine holes, but Lendl birdied two out of her next four holes to move 1-up. Lendl then held on to come away with the win.